Last week I was down in Boston for a 2-day training seminar with my work. My wife (Rachael) and I (Mark) had been sort of/kind of/maybe trying to get pregnant. And let’s be clear for a moment. Anytime somebody tells you that they and their spouse are “trying to have a baby”, it just means they’re doing it. A lot. If a guy tells you this, just take it as a brag on his part, it’s the married-life equivalent to boasting about your most recent lay. See, nobody cares how much you do the deed with your wife, so the only time you really get to hype it up is if there’s a baby involved… But at that point, nobody’s high-fiving you for getting it on, so it’s kind of a moot point. I imagine if a woman tells you her and her husband are trying to have a kid, she’s really expressing hard work, because I imagine to her, when you’re going at it for the 10th time that week, it’s not about passion & pleasure anymore, there’s a mission to accomplish and war is hell!

But I got side-tracked. I mentioned “Kinda’/sorta’” because we weren’t tryingso much as we weren’t NOT trying. Get my drift? There’s a difference. We kind of allowed nature to take its course and prayed for the best, but we weren’t exactly exhausting the resources. Is this too much info? I’ll wait and see if my wife yells at me.

Side-tracked again! So I was on this training/business trip down in Boston when I got a text message from my lovely Misses. It was a picture. Generally, she just texts me pictures of our cat in adorable poses or things that she wants me to buy her, so I wasn’t thinking much of it when I got the text and opened it in the middle of the training course. From that moment, whatever the speaker was babbling on about became irrelevant (though to be honest, it kind of was already) and my jaw dropped. It was a picture of the pregnancy test (pee-stick if you will), and it read “PREGNANT”. There’s a lot of things that I imagine go through a man’s head when this happens, my train of thought was more like a flatline. Just static really, white noise at most. To think, one of my little troopers pulled a straight-up Frodo Baggins and dropped the old ring in Mount Doom! Maybe I shouldn’t use such a destructive analogy, but I can’t imagine any of my little swimmers were soldiers. I figure they were a little more neurotic than that, played it safe, timed their journey and while the others killed each other off, the most cautious of them ran for the goal unnoticed and won the prize. Hence my blog logo. I imagine you don’t want to think about that though. 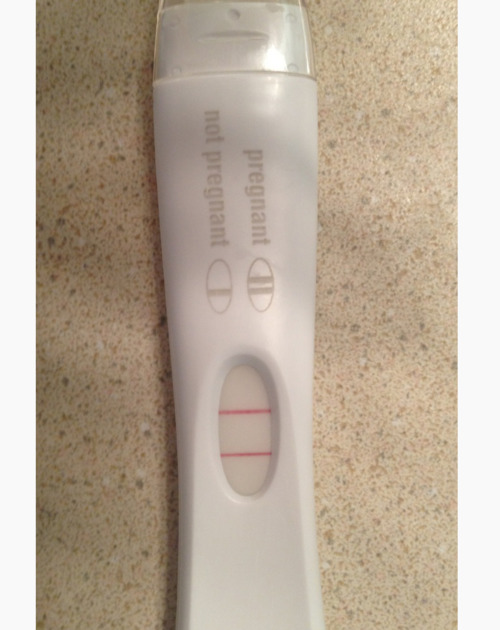 April 18th, 2012 was the day I found out, just a little over a week ago. Today marks the 6th week of my wife’s pregnancy. While the day you find out is filled with rejoicing, there’s suddenly an insane amount of fear that comes soon after. While your wife was once a normal human being, she has now becomes a thin roll of bubble-wrap containing a rare Ming Vase. Every time she sneezes, coughs, burps or stretches all I can think is “OH MY LORD, YOU’RE SHAKING THE BABY!!”. I’m not terribly educated in the whole development phase of childbirth. As far as I’m concerned, that thing is breakable. What I’ve heard is that the pregnancy itself isn’t even 100% guaranteed until 3 months in… THREE FREAKING MONTHS. That’s twelve weeks of fear-induced paranoia. The world around you suddenly becomes a gauntlet that’s out to kill your first-born like the tenth plague of Egypt.

I mentioned earlier that we have a cat. If you hated cats prior to this, I honestly won’t blame you if you feel the urge to strangle that little feline in its sleep now. Cats can carry something called Toxoplasma. What is Toxoplasma you ask? I have no idea, but I’m fairly certain that it’s sole mission in life is to assassinate your child… Or at least that’s what it seems like. Simply put, it’s bad for developing babies. So that cuddly little kitten that you love so much? It just became a domesticated zombie and it’s out to eat your baby’s yet-to-be-developed brains… Okay, so it’s not quite like that. You just don’t want your wife getting bitten or handling kitty-litter, and anybody who owns a cat knows that keeping a cat from biting you is like playing tag with the wind. What I hear is that if your wife has already been infected with the stuff and THEN gets pregnant, than the baby is safe from it, but if she gets it WHILE she’s pregnant, then it can be dangerous. All I know is that my foot is on standby to kick that little pooty-tat in the face if those teeth come out anywhere near my wife. Kapeesh, Kitty?

Long story short, the world becomes incredibly scary when your wife is expecting, and for someone as neurotic as myself, it’s like everything (living or not) is out to kill your child. But there’s nothing you as a man can do about it. You did your job (no doubt the best job in the world) and while you might THINK you’re playing in a role in that baby’s development, you’re role is no more effective than watching a horror flick and shouting at the screen to warn the frisky teenagers that they’re about to be murdered by a dude in a mask.

Hopefully this blog will serve as a guide for the next pregnancy (and there will be more, I’m sure) as well as help any other first-time soon-to-be Dads out there to cope with the stresses that come with being an onlooker to the creation of your first child.